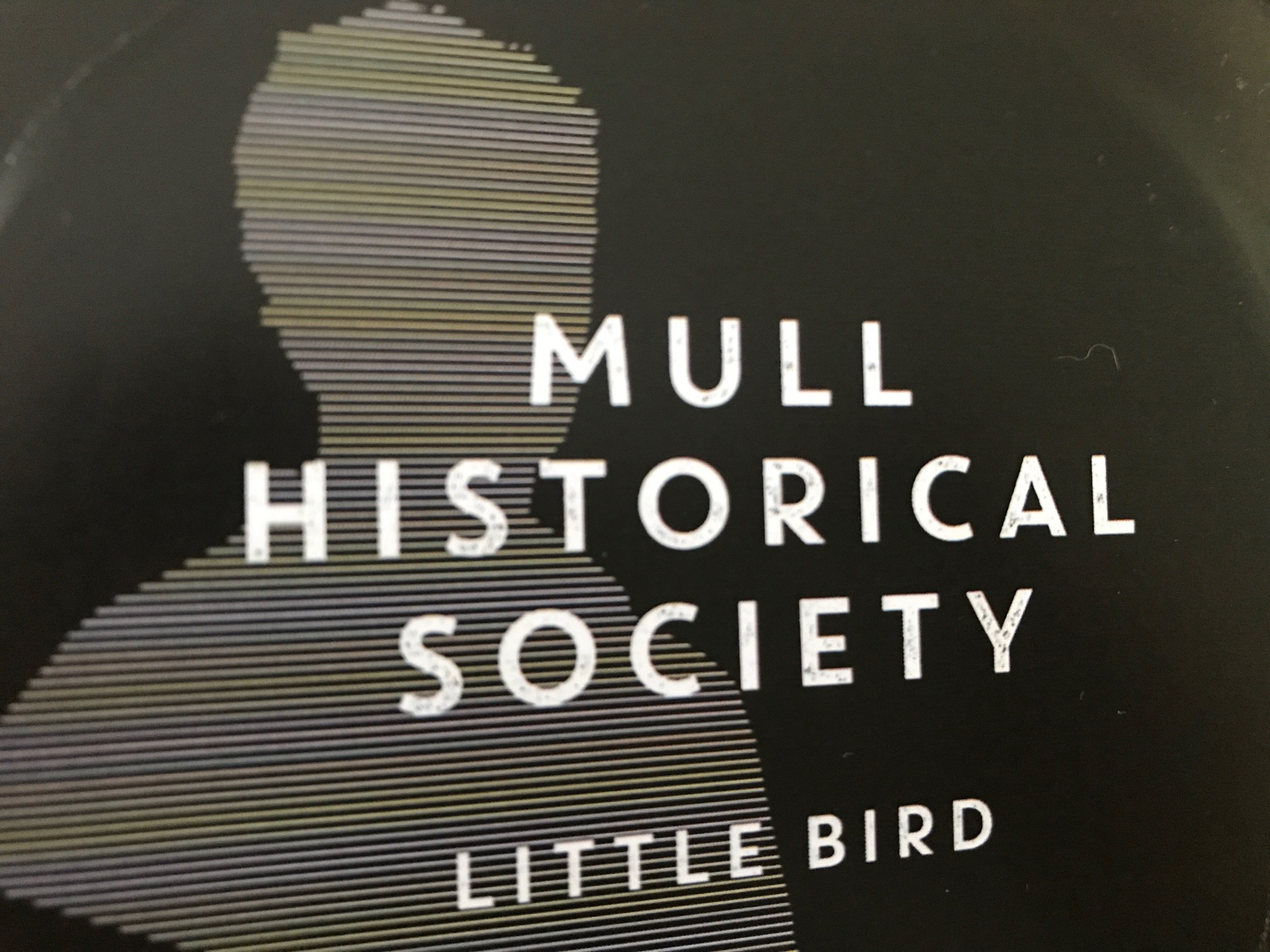 My new Mull Historical Society single ‘Little Bird’ is out today on Xtra Mile Recordings! It’s about daughters and is very close to my heart. The single is a great new mix by ‘Wakelines’ album producer Bernard Butler (also the song features Bernard) and comes with an acoustic version of ‘Barcode Bypass’ my Mull dog-walking debut (NME ‘Debut Single of the Year, 2000). Still waiting for Crufts…

Check it all out on Spotify

All the press reactions plus January and beyond live dates info below!! As well as my Ivor Punch stage play opening in Spring in Glasgow and Edinburgh, the island is about to give up its secrets they say…

Mull Historical Society starts 2019 with a new single and several live shows. Islander, Colin MacIntyre, award-winning musician, author and now playwright (see below) is proving himself to be one of the UK’s most prolific talents. He rounded off last year – which included two new book releases — with a very special London show on St Andrews Day with Bernard Butler, producer of the latest widely acclaimed album ‘Wakelines’ released on Xtra Mile Recordings last autumn. A stunning new mix of ‘Little Bird’ by Bernard (taken from the album) is released on 17th January 2019 and is backed with an acoustic version of MacIntyre’s debut single ‘Barcode Bypass’, released originally in 2000 to wide acclaim, achieving the NME Debut Single of the Year. Mull will also be playing three more live shows with Bernard this month, details below, and has just headlined alongside Glasvegas, Aidan Moffat & The Skids in Glasgow’s Queen Margaret University for a new BBC Scotland’s TV show ‘ALT’ going out on television in March.

Says Colin, ‘This always felt like a very intimate song which poured out. It’s about having daughters. I sung it in one live take in Bernard’s front room. It has added poignancy for us now as it is the last track Bernard’s long-term musical collaborator, drummer Mako Sakamoto, played on before sadly losing his battle with illness. Mako played on the McAlmont & Butler classic ‘YES’ and all of Bernard’s productions since. I’ll always hear his ‘one, two three, four…’ down the headphones.’

15th Mar – Shiiine On Weekender Cruise to Amsterdam with Bluestones and more.

COLIN MACINTYRE’S STAGE PLAY WHICH HE HAS ADAPTED FROM HIS EDINBURGH INTERNATIONAL BOOK FESTIVAL AWARD-WINNING DEBUT NOVEL ‘THE LETTERS OF IVOR PUNCH’ WILL BE APPEARING AT ‘A PLAY, A PIE AND A PINT‘ AT GLASGOW’S ORAN MOR & EDIBURGH’S TRAVERSE.

Colin MacIntyre is a multi-award-winning musician, producer, author and playwright. He has released eight acclaimed albums to date under the name Mull Historical Society, having achieved two UK Top 20 albums and four Top 40 singles, since his Gold-selling debut album, ‘Loss’. His debut novel ‘The Letters of Ivor Punch’ won the 2015 Edinburgh International Book Festival First Book Award and he has just adapted it for the stage opening Spring 2019 in Glasgow’s Oran Mor and Edinburgh’s Traverse Theatre. He has been voted Scotland’s Top Creative Talent at the Glenfiddich Spirit of Scotland Awards, as well as into the Greatest Scottish Artists of All Time public poll, and has toured worldwide, including with The Stokes, Elbow and REM. His memoir, ‘Hometown Tales: Highlands & Hebrides’, about his journey from island boy to international musician, and his first book for children, ‘The Humdrum Drum’, are out now. Colin also curates and performs on a new live platform he has created, ‘From Stage to Page’, which features other musician/performer-authors: the most recent of these shows of words and music coming together was a sold-out show at The Roundhouse in London as part of Frank Turner’s Lost Evenings. He has led the children’s feeding and educational charity Mary’s Meals in London, and once spent a year on the books of the Scottish professional football club, Queen’s Park. Despite his absence of a working shield – Colin is a descendent of the Scottish Warrior Poet, Duncan Ban Macintyre.

He has found his perfect enabler in producer Bernard Butler.’