I’m excited to share news that my new MHS album will be produced by the Brit Award-winning Producer, and Mercury Award-winning songwriter and musician, Bernard Butler (ex-Suede, McAlmont & Butler). Bernard is someone I’ve admired for a long time and he has produced many great artists as well as penning many classics of his own, including McAlmost & Butler’s ‘Yes’, which I rate as one of the all-time great tunes. Bernard joined me on stage each night  when we toured recently with Mark Eitzel (American Music Club) and it was great to get to know the new songs more. We start recording in London in January and it will be out on the good ship Xtra Mile Recordings in Spring. Can’t wait to get out playing live next year too – info about new shows for 2018 coming soon! 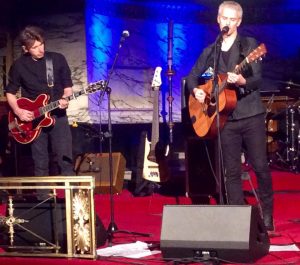 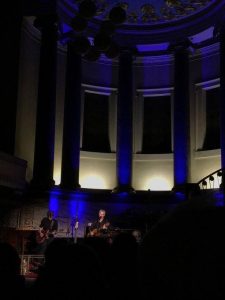 June 2018 will see the publication of a memoir from me about growing up on the isle of Mull as part of W&N Books ‘Hometown Tales’ series (other books in the strand also feature the writer Kirsty Logan and comedian/writer Stewart Lee, among many others, also writing about their home towns). I’ve loved writing it and revisiting the beginnings of my love for music and writing, and what it means to be an islander and how home and islands travel with you. Each book will also feature a new voice from the region. Meanwhile I’m also working on my second novel.

More below from W&N Books about Hometown Tales:

Hometown Tales: Highlands and Hebrides, which will include an account of growing up on the Isle of Mull by Colin MacIntyre, author of The Letters of Ivor Punch, which won the Edinburgh International Book Festival First Book Award in 2015. Colin is also an award-winning musician who records and performs as Mull Historical Society. His piece will appear alongside a bold and inspiring coming-of-age story set in Inverness by new voice Ellen MacAskill. 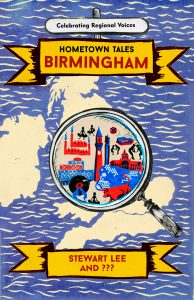 June 2018 also sees the publication of my first children’s picture book ‘The Humdrum Drum’ (with accompanying songs on CD), published by the fantastic Little Door Books. It’s about an orchestra drum that doesn’t want to be boomed and banged anymore, it’s been fun writing it and the illustrations are looking great. It will come with a CD of accompanying tunes! 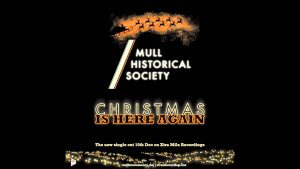 Have a great Christmas — to add to your yuletide soundtrack, check out MHS’s ‘Christmas Is Here Again’ on Youtube or Spotify.