Check out this excellent new book by music journalist and author Tom Clayton, featuring a chapter on MHS debut album ‘Loss’ (even if it wasn’t that quiet!!) 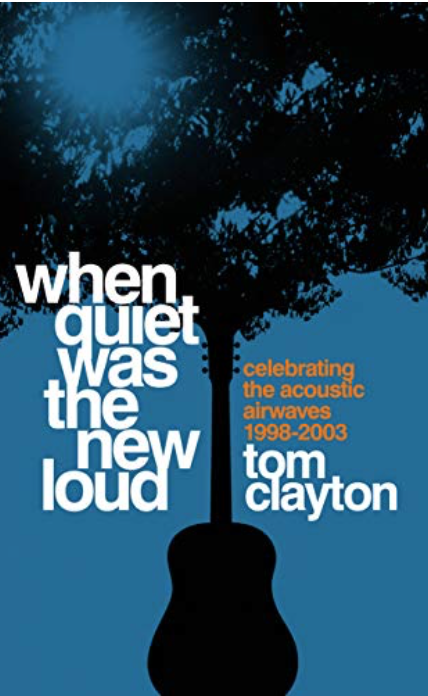 The quiet music of 1998-2003 bridged the gap between two cultures, two generations and two centuries. As the nineties wound down and a new millennium approached, the UK began to look nostalgically to the past – and hesitantly to the future. The giants of Britpop had imploded, rave culture had started to chill out and a new wave of unassuming musicians suddenly found themselves in the spotlight. While Travis, Dido, Coldplay and David Gray may have shone the brightest, the likes of Mull Historical Society, Kings of Convenience, Badly Drawn Boy and Turin Brakes also produced classic albums and won legions of fans.

Even though the New Acoustic Movement created some of the biggest hits of the century – earworms that still fill the airwaves today – it has been unfairly overlooked, too often dismissed as uncool or worse. Two decades on, When Quiet Was the New Loud finally puts the record straight and gives the acoustic era the recognition it deserves.

Tom Clayton’s affectionate look at the key records from the period – bestsellers and hidden gems alike – rediscovers the songs, personalities and stories of the time and reveals a moment when, albeit briefly, the meek really did inherit the earth.

‘A charming and important reveal on the acoustic outsiders of the early noughties and beyond.’ – Olly Knights, Turin Brakes

‘An insight into the outer circles of British music which still resonate powerfully today.’ – Kathryn Williams