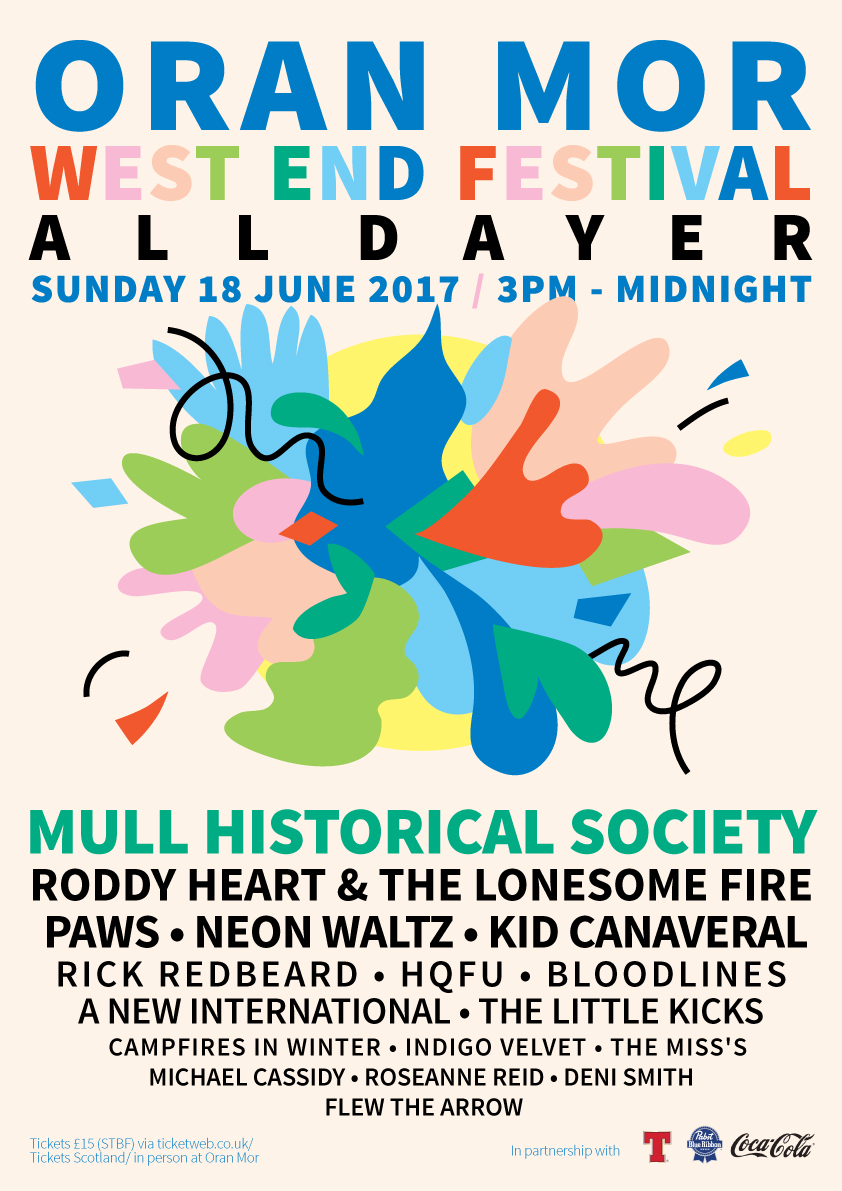 Sunday June 18th — Glasgow West End Festival All Dayer — Òran Mór. Glasgow. MHS play the fantastic Oran Mor in the West End as part of 14 Scottish acts playing over 3 stages all in one day. Colin will also be talking/strumming about the musical inspirations for his award-winning debut novel, ‘The Letters of Ivor Punch‘.

Roddy Hart and The Lonesome Fire

Back for it’s 6th year, the WEF All Dayer features 14 Scottish acts over 3 stages within Òran Mór…

There are a limited amount of early bird tickets available at £15+bf then the standard price will be £18+bf. http://bit.ly/2kU0nuq 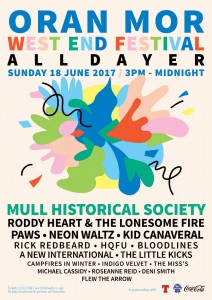